All Collections
Metrics
What analytics do you offer?

What analytics do you offer?

In the Metrics page, we go over

When you press "Export Metrics," you have 3 options to choose from if you would like to download metrics.

You can choose to receive Campaign Metrics that will give you a spreadsheet of the stats of all or some of your campaigns on a recipient level like who exactly opened a certain campaign.

Or you can choose to receive "Recipient Metrics" which is a spreadsheet that has information on the recipients themselves like how many times they've opened a ThankView or their engagement score.

The third option is to "Print Metrics Page" which will let you export the Metrics dashboard with all the graphs and tables. 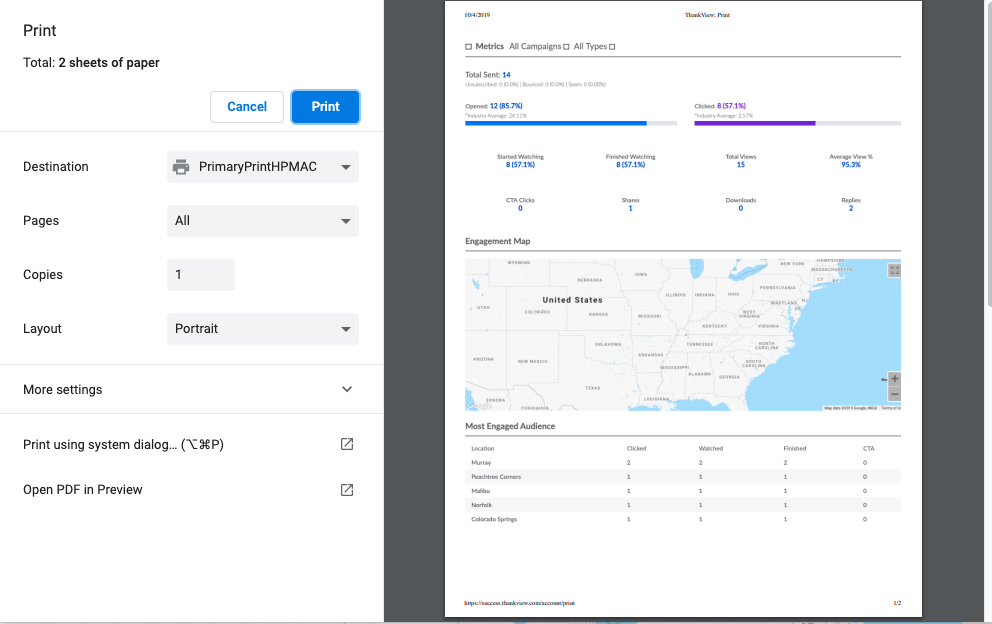 You can check on a map of your engagement and see where your recipients are opening their ThankViews.

Below the map is a list you can sort by Country, State, or City.

We also have a bit of data on the recipients themselves including what kind of device they're using to open their ThankView, their engagement score, and gender.

You also have an Age Breakdown available to you. This counts the ages of the recipients in your account that have a birthday attached to them. We've broken up the age ranges so you can see which range responds better to your ThankViews. It also graphs the engagement scores of each age segment.