All Collections
Metrics
What is the difference between opens, clicks, CTA clicks, & views?

What is the difference between opens, clicks, CTA clicks, & views?

Can I tell when a recipient has watched the video?

On the Metrics page, there are three similar stats: opens, clicks, and views.

Clicked means the recipient has clicked the link in the email to the video landing page.

Viewed counts the total number of times the recipient has watched the video.

CTA Clicked is the number of times a recipient clicked on the CTA button in your ThankView.

When you download the .csv file, you will be able to see if a recipient started watching a video, if they watched 50% of the video, and if they finished watching the video. 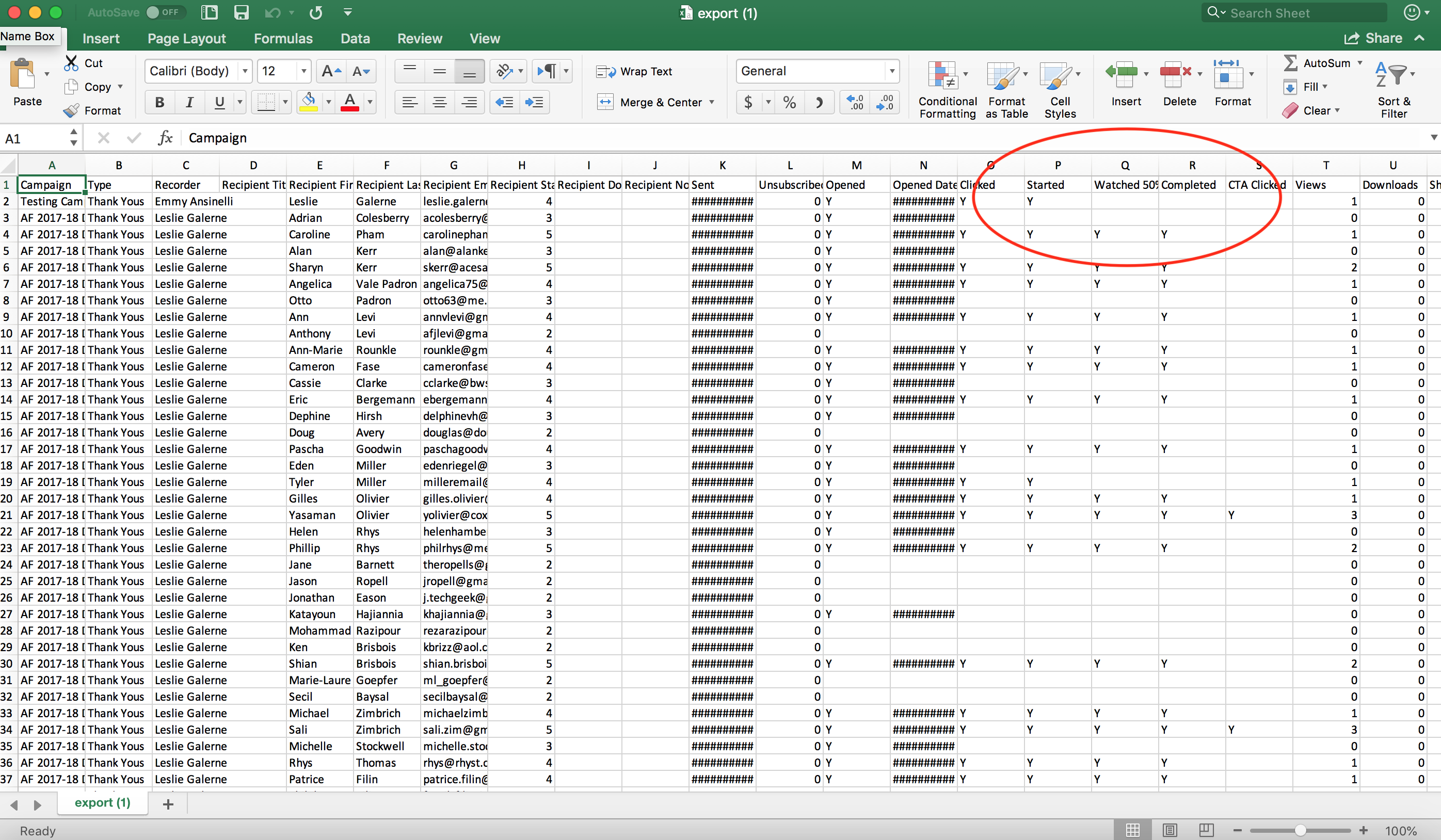