All Collections
Sending
How will text messages appear to recipients?

How will text messages appear to recipients?

Here is a preview of what text messages look like.

The envelope image will be the envelope that you selected in the portal. The text is the subject line followed by “Click the preview link to watch the video sent from” then the From name (which you set).

The full text reads: "[subject line]. Click the preview link to watch the video sent from [from name]." 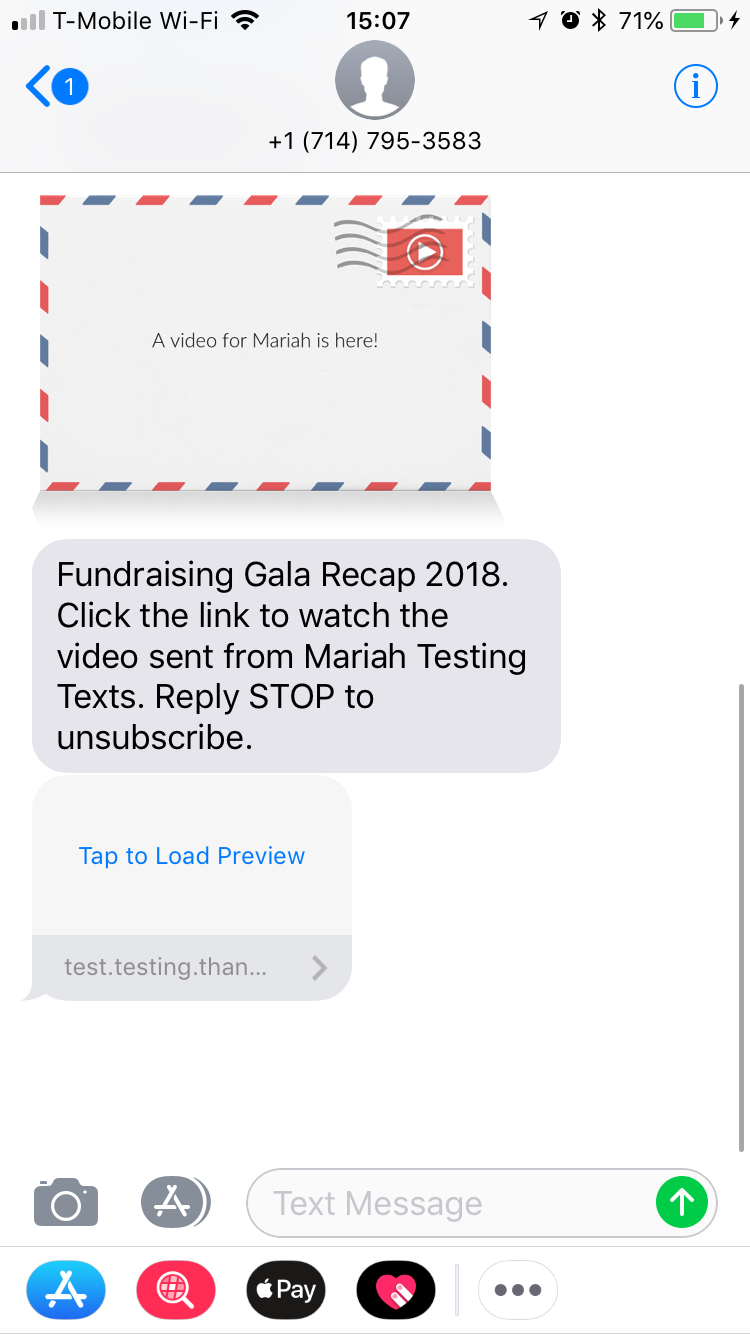 Previewing urls can vary greatly across devices depending on the type of device, the version of it’s operating system, and whether it has good wifi at the moment.

The device will try to load the url in the background and grab information to preview to the recipient, however this is generally a new feature for phones and is not always consistent in the way the previews are displayed.

What is consistent is the image and text that is sent will always display. The preview may show up or may not. On iOS devices, most users will see a button to “Tap to Load Preview”. If the user clicks the button, the thumbnail from the video will be loaded and shown.

To be sure that your recipient is always seeing two different images we recommend using the Envelope template when sending text messages. The first image will be the envelope with the recipient's name on it and the second image will be a thumbnail of the video if the device decides to show a preview.

If you choose the Animated Video Format, the gif will be animated in the text message.